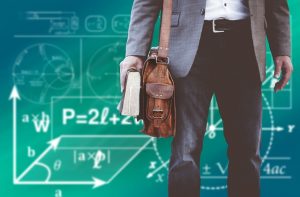 According to Maclean’s survey (2017), little over a third of the Canadian university students get involved in the smoking pot at least sometimes. A majority of students occasional take marijuana in Bishop’s, St. Francis, and Acadia campuses. This is as a result of the criminal charges leveled against the use of marijuana.

The whole playing hide and seek with smoking or taking cannabis would be eradicated when the new academic session begins in September. This sole development on the legalization of cannabis has made campuses brainstorm about their next step – which would bring sanity to the consumption of such products on campus.

One of the most practical solutions to this daunting problem is to create a campus bar, just like an alcohol bar. The little difference it would have when compared to the alcohol bar is that the sole purpose of the bar is to smoke and take cannabis. Jenna Valerian is of the opinion that it would be irrational to situate an alcohol bar and a cannabis bar in the same place; it will help store the effects of the alcohol until there is no room to keep its intoxication.

Some of the questions that popped into the mind include: would students be allowed to grow marijuana plants on their windowsills, would edibles be allowed? These and many other questions are begging for answers from campus management.

Due to the complexity of the aftermath of cannabis legalization, most, if not all, Canadian universities are pretty stuck on the imaginations of how to integrate this new law into the campus rules and conforming to the ethical values of the university. Failure to set up rules that are practical and realistic would be disastrous.

When universities spoke persons meet, the focal point of discussion is on decisions that would mitigate the over-consumption of edibles within the school campuses. And most of these universities don’t have a viable plan presently. Mount Allison University, University of Saskatchewan, Nova Scotia University, etc. are few of the universities trying to come up with viable and rational policies.

Another vice of this cannabis legalization is the exposure that would be faced by undergraduates of first-years and second-years (adjourned to be underage). How are they going to control the pressure of alcohol, now, cannabis?

Actions are to be technically thought out before decisions on policies are being made. For instance, a total smoking ban can lead to nuisance within the campuses vicinity as student tends to take their cannabis across the property lines of the universities.

The ideal solution is to create a vapor lounge where smokers can do what they want to do without disturbing the no-smokers. And putting in a monitoring committee to oversee abuse and overconsumption of cannabis.