Canadians enjoying recreational cannabis have probably noticed one key product missing from stores- cannabis edibles. This is because edibles are still banned under current legalization, so only dried flower and oils are currently sold by retailers. 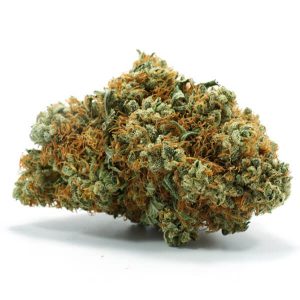 Many are looking south of the border in envy, as many legal states are selling all kinds of cannabis edibles like gummies, chocolate, and baked goods. Cannabis beverages are also on the rise. From cannabis-infused craft beers to flavourful cannabis fruit drinks, the cannabis beverage market is likely to explode in the coming years.

Thankfully, cannabis food and drinks are coming soon to Canada, with their current ban being lifted approximately one year on from recreational legalization- around October 2019. While edible foods have long been part of cannabis culture, beverages have taken somewhat of a backseat, but this will change in the near future.

As one of the top ten brewers in the world, Coors (part of Molson Coors) is a drink brand most are familiar with. Canadians may be even more familiar with the brand in the coming years, however, as a joint venture between Molson Coors and Hexo Corp. is expected to launch in 2019.

The partnership is one of the biggest of its kind, with one of the world’s foremost breweries joining forces with a newly established recreational cannabis brand. Together, they plan on developing cannabis-infused beverages that are set to hit the market once the ban on edibles is lifted.

Molson Coors made the announcement just a few weeks ago, which resulted in a large increase in their stocks on the both Toronto and New York stock exchanges. Molson Coors is hoping to be one of the first multinational brewing companies to introduce cannabis beverages in the largest legal market in the world.

A Recipe for Success?

Many companies in the USA are showing that the cannabis beverage market is mostly untapped. Brewing companies like New Belgium and Coalition Brewing already have cannabis-infused beers, while non-alcoholic cannabis beverages are available in some dispensaries.

Competing for a Lucrative Market

We aren’t aware of what beverages Molson Coors plans to release under their partnership with Hexo Corp. Given their experience in the beer market you’d assume that cannabis beers are on the way, but the company did note that non-alcoholic cannabis beverages could make as much as 20-30% of cannabis sales.

Given the huge demand for cannabis during the initial weeks of legalization, it’s clear that weed is in high demand in Canada, but with a lack of edibles to buy there is clearly a gap in the market.

Coors and Hexo Corp. could very well take advantage of this, although they already have stiff competition, with several other alcohol companies such as Corona, Svedka Vodka, and Robert Mondavi announcing partnerships with Canadian cannabis companies.