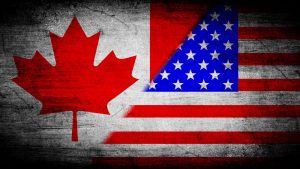 On October 17, 2018 Canada made history by becoming the world’s largest economy to legalize recreational cannabis. The country already had a strong cannabis industry before this, with medical cannabis companies already operating in Canada for many years prior to recreational legalization.

However, despite this longstanding presence in the global cannabis market, Canada’s largest cannabis companies aren’t all based in Canada- many are based south of the border in the United States.

That said, Canadian companies are still at the top of the pile. for now at least, with the top three companies all based in Canada. Tilray Inc., a cannabis company based in Nanaimo, B.C., boasts the largest market value at $10.4 billion and is listed in the USA.

Canadian cannabis companies looked set to enjoy a notable advantage than any of their global competitors as they now operate in the world’s largest legal cannabis market. No other major global economy has such a massive market for cannabis, so it should be little surprise that corporations from across the world are trying to get involved.

It appears that the US is seizing the initiative the most, with the combined market value of US cannabis companies operating in Canada sitting at $10.6 billion – roughly 20%.

This could all change in the future too, as there are only 144 listed cannabis companies in Canada, while the total market value sits at $55 billion, with both figures expected to increase. Will Canadian cannabis companies take back control of the market? Or could they possibly lose even more to other companies based in the US?

It’s hard to predict for sure but as long as the federal ban in the USA remains, competition is only going to get tougher in the Canadian cannabis market.