Budderweeds is a Canadian Cannabis brand offering high quality Cannabis products in the whole of Canada but this specific piece focuses on its operations in the city of Oshawa located in Ontario. Budderweeds is a fun loving brand, the ‘fun in a bag’ brand to be precise and due to this very reason they aim to project their product towards the average stoners and recreational users from the ages of 19-60 in Oshawa. 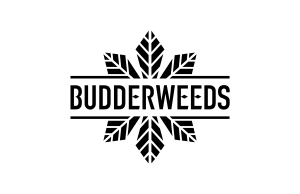 After the legalization of Cannabis and related products was announced by Justin Trudeau in Canada, more and more local Cannabis businesses are trying to catch pace in the race to identify themselves as the prime Cannabis provider in Canada. One of the many names out of those that has recently surfaced and caught attention in the Cannabis community of Canada is  7 Acres. They claim to be the first licensed producer of Cannabis in Canada. They got their license by the Canadian Government on 11th March, 2016. 7 Acres was formed due to the efforts of a man named Peter Herburger who began cultivating medical cannabis for his daughter in order to ease her chronic pain. Under the ACMPR act, he finally saw opportunity to extend his business outside the Canadian borders. The vision of 7 Acres is to become the biggest Cannabis cultivators not only in Canada but also in the rest of the world. They always held the  belief that high quantity cultivation is nothing without great quality. That is the sole reason why they built a state-of-the-art greenhouse, mastered the cultivation technology and developed careful cultivation practices to allow 7 Acres to grow high-quality cannabis sustainably and at a massive scale. They also happen to be Canada’s first B2B producers and their business model entails them to not invest in unnecessary costs such as packaging, retail, physician education or clinics. They believe that this supplier/distributor/retailer model is what the future of the cannabis industry is going to look like and are already making efforts in order to make that a reality.

Budderweeds, on the other hand, focuses its efforts on product quality and providing as much variety of cannabis products as possible. Two of the products that you can get home delivered in Canada through Ontario Cannabis Stores are Dried Flowers and Cannabis Oil. Both of whose quality is unmatched by other competitors. Budderweeds provides three different strains of Dried Flowers namely Indicas, Sativas and Hybrid Strains all of which hold their own unique characteristics and properties. For example, the following bullet points explain how the three strains vary in their effects upon consumption.

Another highly important and sought after product that Budderweeds offers to its consumers is Cannabis Oil. It is widely beneficial and is considered as one of the most effective oils for easement of certain illnesses. Some of the many benefits of using Cannabis Oil are as follows

Choose to add Budderweeds products to your daily lives in order to gain a premium taste and experience at your day and night gatherings with friends and family!