October 17th was a monumental day in Canadian history, marking the first day where recreational cannabis was finally legalized. Countless Canadians took to dispensaries to get their first legal purchase of weed, while many others ordered cannabis online like it was anything else you buy. 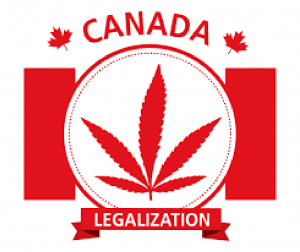 The day was marked with massive lines outside dispensaries throughout the country, with customers patiently waiting to see what strains were available to buy. However, in British Columbia cannabis consumers were met with a startling realization- there was only one dispensary to buy legal cannabis.

Despite other provinces having several retail stores selling recreational cannabis, BC was in the unique position of there only being one store selling legal weed on October 17th. That wasn’t the most perplexing decision either, as the store is currently found in Kamloops rather than Vancouver.

Understandably, many BC natives were left wondering just how to go about buying their legal cannabis.

Make a journey that could take several hours to get to the store in Kamloops or order online and wait several days for the weed to arrive- a tough situation for many that were excited to buy legally for the first time.

Despite nationwide legalization, each province is tasked with regulating the distribution of cannabis, with BC only opting to open a single store. The fact that there were long delays on online orders for BC Cannabis Store, the only online retailer for recreational cannabis in the province, meant many BC citizens went without weed for several days.

Thankfully, BC does plan to open more recreational stores in the coming months. There are currently over 100 paid applicants waiting for the go-ahead to open their stores, with the processing taking much longer than any other province.

How long people living in BC need to wait for a store to open near them remains a mystery. It makes sense that Vancouver will be one of the main hubs for retail stores, but when they might arrive is anyone’s guess.

In the meantime, anyone living in British Columbia has two options for buying their recreational cannabis- go to BC Cannabis Store and order online or make the potentially long drive to Kamloops to buy from the province’s only recreational store.